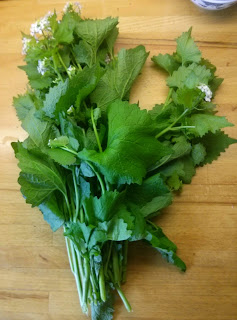 In late April the Garlic Mustard or Jack by the Hedge is everywhere in East Oxford. It is a great addition to salads but there is so much available, for such a short time, I thought to try making a pesto. 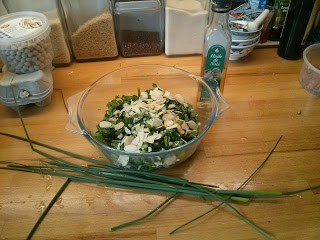 The recipe from Mother Nature looks good but expects you to have pulled the plants up including the roots as Jack by the Hedge is an invasive weed in North America. 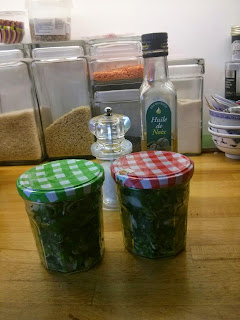 Chop Garlic Mustard as finely as you can. Chop chives and add all into a bowl. Mix and put into jars. Eat as soon as possible.

We had an excess of almond milk...